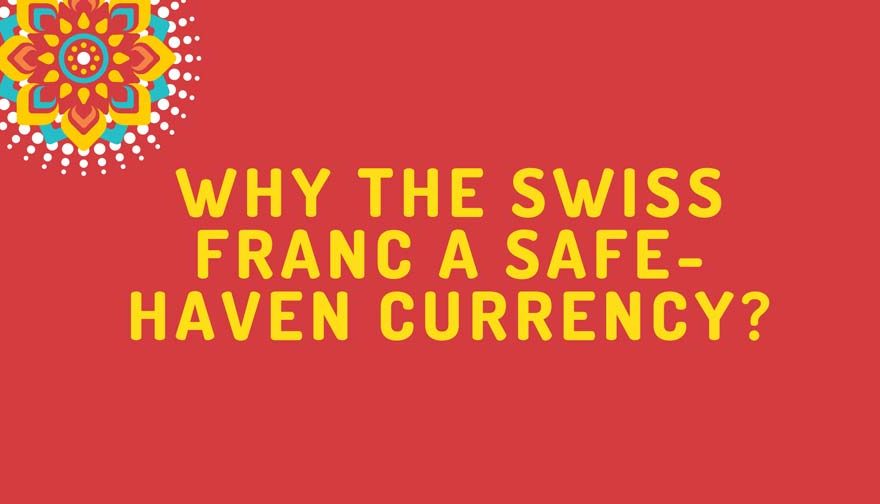 With the 27 EU member states comprising many of the biggest countries in Europe, it’s easy to understand why many such nations eschewed their national currencies in favor of the Euro back in 1999.

However, some major European countries have opted against full membership of the European Union, with Switzerland offering a relevant case in point (despite engaging in a series of bilateral treaties with the single bloc that allows full access to the single market).

Because of this, Switzerland has retained the iconic Swiss franc, which is also the legal tender of Liechtenstein and the Italian enclave of Campione d’Italia. But why is the Swiss franc such a stable, safe-haven currency, and when is it most widely traded by investors?

Why is the Swiss Franc a Safe Haven Currency?

The Swiss franc has held its reputation as a prominent safe-haven currency for some time now, with this largely attributable to the underlying stability of the Swiss government and its robust financial system.

What’s more, Switzerland has consistently retained a relatively low debt-to-GDP ratio when compared to its major international rivals, with this reaching 42.95% in 2020.

This is indicative of a strong and stable economy that benefits from significant capital inflows, which means that the Swiss franc typically faces upward pressure that stems from increased foreign demand.

The reputation of the Swiss franc has gained further momentum since 2000, increasing in value markedly against both the Euro and the US dollar. In the case of the Euro, this rise has been largely inspired by the ongoing European debt crisis, which caused investors to seek out safe-haven assets such as the Swiss franc and the Japanese yen.

From the perspective of the US, the Swiss franc and its value has been bolstered by the increasingly accommodative monetary policy of the US Federal Reserve, with this trend showing absolutely no sign of abating any time soon.

When Should You Trade the Swiss Franc?

Like most safe haven assets in other markets (such as gold), the Swiss franc tends to see demand soar in the wake of economic tumult and when the stability of other major or minor currencies are experiencing widespread volatility.

For example, investors flocked to the Swiss franc in the wake of the financial crisis of 2008 and the European debt crisis, while it also managed to withhold much of its value through the coronavirus pandemic (despite an incremental increase in the country’s aforementioned debt-to-GDP ratio).

In these scenarios, the franc offers considerable value when traded against currencies such as the pound or the Euro, allowing investors to profit from short and medium-term price movements and from strategies such as swing trading.

Historically, position traders and investors would also buy Swiss francs to hold as a long-term investment, but this is becoming less and less popular in the current market.

The reason for this is simple; as despite its history and inherent strength, the long-term future of the currency remains uncertain, especially when you consider the impact of negative interest rates and wider fiscal volatility.