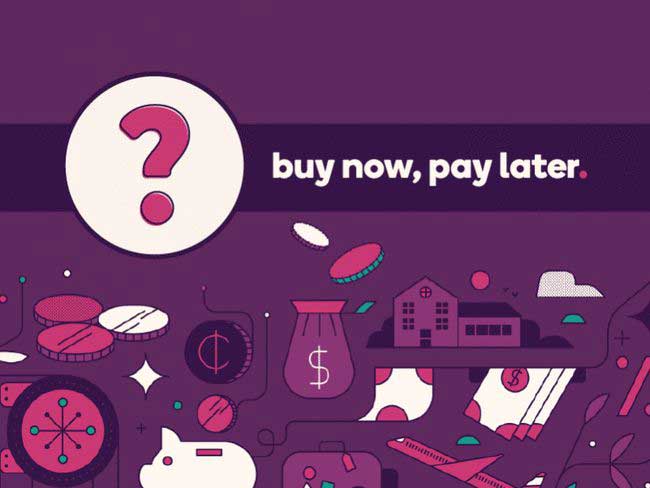 The online stores now offer a variety of payment options like MasterCard, Visa, or digital wallets, which has made it easier for users to buy products quickly.A new type of payment getaway option has been gaining popularity among consumers known as the ‘Buy Now, Pay Later’, option.

The name is self-explanatory. “Buy now, pay later” allows customers to order a product and have the said product delivered while deferring payment until later.

By using the Buy Now, Pay Later option, customers may buy a product, have the product delivered, and pay over time. Installment payments are often made over 2, 4, 6, or 12 months until the order’s complete value is paid off. The time period of installments depends entirely on the merchant.

The main reason why Buy Now, Pay Later options are so popular is that they make credit more accessible to customers. Unlike credit cards, which require customers to supply a great deal of information and pass a stringent credit check, Buy Now, Pay Later services merely demand an email address, customer’s name, billing address, and date of birth.

The solutions also reflect the buying patterns of young customers, who are more inclined to buy a variety of things, check them at home, and return the ones they do not like. Buy now, pay later electronics are the most popular products purchased through online stores.

Reasons why should your online store offer a Buy Now, Pay Later option are as follows:

Allowing customers to make payments over time may encourage them to buy. Customers do not even need to have money in their accounts to purchase the goods.

People are often psychologically and emotionally ready to buy products, but they are unable to do so financially. The online stores can convert more website visits from browsers to paying customers if they offer to buy now, pay later payments.

They just must be certain that they will be able to pay for them within the following several weeks. This is especially useful for catching customers who are nearing a paycheck.

If the things are more expensive, the rise in conversions can be very substantial, as customers may be more ready to buy something expensive that they otherwise would not if they can break the payment into

Getting a trial period for many products and services used to be nearly difficult, but the ‘Buy Now, Pay Later’ option makes it possible in many cases. Customers may try out the goods offered by online stores without committing a purchase by using a buy now, pay later option.

They can pay as normal if they like the product. If they do not like it, they may return it without worrying about receiving a complete refund because they have not spent much, if anything.

The online stores should use the buy now, pay later to build a stronger relationship with their customers. Customers begin to trust the online stores after they get to know and like the store. They will remain around and return back to buy more after they have gained the confidence.

Allowing clients to use the buy now, pay later option can help the online stores attract not only those who are interested in their items, but also those who are unable to pay the whole amount right now. This is especially true if they are not required to pay an additional fee. It is becoming a more popular alternative to credit cards.

People making an online purchase often add products to their cart, check the price and remove the time without making the purchase as the payment option available do not align with their needs.

The extra costs such as shipping fees also make the consumer less inclined in making a purchase. This problem can be solved by using the buy now, pay later option.

It is critical for online stores to provide customers with all of the information they need upfront so they may feel secure about making a purchase. Customer satisfaction may be improved by giving them confidence that they will get their money’s worth and by being transparent about what they can anticipate when they check out.

If your rivals, other online stores, and businesses, have not yet implemented at least one buy now, pay later option into their checkout, odds are they will shortly.

To stay in the competition with other stores, you should implement the buy now, pay later option if you have not done already.

Being left behind in the increasingly digital world of the online market may be costly to your online store.

For many consumers, the ‘buy now, pay later’ option is a significantly more reasonable financing option than credit cards. Not only that, but they are usually a lot safer than credit cards, for which the interests are usually very high, or loans, which can make you enter a debt spiral.

And if the consumers rely on credit cards and loans to make purchases, they may be hesitant to do so or find themselves in a financial scenario that prevents them from being repeat clients.

Many online retailers and merchants have added the buy now, pay later option in their checkout. The results have been very positive, the sales have increased, and the number of customers actually buying the products has also seen a rise.