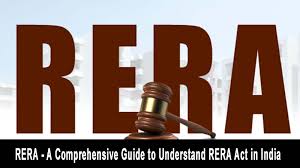 According to a recent survey, the composite real estate price index of NHB for more than 50 cities in India showed a growth rate of 3.9%. Financial experts suggest that this has been primarily due to the introduction of the RERA Act and IBC, initiated by the Government of India, in order to negate discrepancies between homebuyers and real estate agents.

The primary objective of this Act is to protect homebuyers as well as improve the whole real estate industry. The state of Madhya Pradesh implemented the RERA Act and established the MP RERA Act. However, 2 years after the launch of MP RERA, the government of Madhya Pradesh proposed some alterations in Rule 27 and 28 which govern the recovery of the penalty, compensation, and other decisions of the authority.

Real Estate Regulatory Authority, i.e. RERA full form is an Act of the Parliament that came into effect in 2016 to remove all existing malpractices in the real estate sector of our country.

The Indian Central Government passed this Act on 10th March 2016 while the general rules and regulations of this Act were released in association with the Housing and Urban Poverty Alleviation Ministry on 31st October 2016.

Importance of RERA in the real estate industry

Before RERA was introduced, homebuyers were not given adequate protection as they were not considered as an operational creditor. However, with the advent of the Insolvency Law Reform committee, home loan borrowers were regarded as a financial creditor according to Section 5(8)(f) of IBC.

To know all about the RERA Act, homebuyers need to be aware of various features of this Act which can benefit them, including –

With the introduction of RERA registration, home builders are mandated to submit all official documents of the housing projects to the registrar. Moreover, they are not allowed to make any changes in such projects without the consent of a homebuyer. So, with the help of this Act, homebuyers can invest in a property for rental yield and also maintain maximum transparency with the builder.

As per this Act, a significant portion of the funds provided by the homebuyer has to be stored in a current account in any financial institution. The government mandate is at least 70% of funds required to build a house has to be deposited in such an account by the developers.

Moreover, these developers are also not allowed to demand more than 10% of the market value of the concerned property as advance payments from the buyer.

Housing developers and construction agencies are not eligible to sell a property based on the super built-up area but the carpet area of the particular house. Moreover, construction workers are required to repair any relevant problems faced by the homeowner within 5 years of the purchase of the said property.

So, with the introduction of the RERA Act, homebuyers can avail a home loan from their desired lender without having to worry about discrepancies in the real estate sector of our country and concern themselves with more important factors like checking on their cost of living when buying a home.

Hence, homebuyers can obtain a housing credit and avail protection as a financial creditor after implementation of the RERA Act. Refer to leading financers and benefit from this Act to go ahead with a property purchase without hassles.