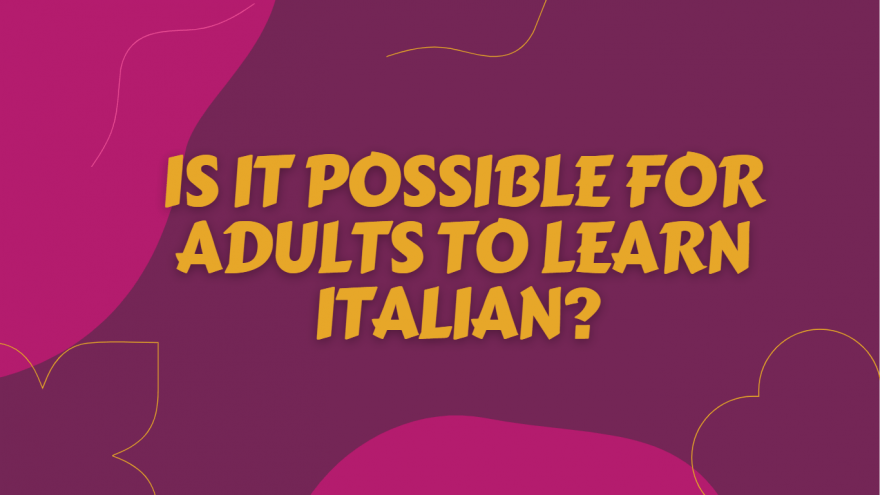 Many of us have been told that the older we get, the more difficult it is to learn another language. While it is true that cognitive decline is a natural part of aging, these changes are subtle and do not greatly interfere with your ability to learn. There are many advantages to picking up Italian as an adult. Adults are at an advantage of knowing how to learn. Children and teenagers have had less experience learning new skills and practicing paying attention. As adults, we’ve already had years of schooling and have learned the art of patience, thus growing our attention spans. The ability to concentrate and study gives adults two superpowers to learning Italian or any language one desires to learn.

Outside of school, children and teens don’t typically have the luxury of using other language-learning devices to help them grow their knowledge. Adults are willing to splurge on language software like Rosetta Stone to become proficient in Italian or any different language. Sure, a high school kid might download an app, but that is not the same as Italian tutors or language learning aids that guarantee fluency. Learn more about Italian tutors.

Many of us selected Spanish as our foreign language of choice in middle school and high school. Why did we do this? Well, a lot of us were told it’s one of the more accessible languages to learn, but more than that, it’s the gateway to other languages as well. If you know some basic Spanish leftover from school, you’re going to have more success at learning Italian, French, or any other European language. Spanish has some fundamental aspects that transfer over to these European languages that make it easier to understand. There are many advantages to picking up advanced Italian course as an adult

Often, myths are in place to act as excuses. The difficulty of learning a second language is one of these myths to start disbelieving.